How I learned from my mistakes

Interpretation > How I learned from my mistakes 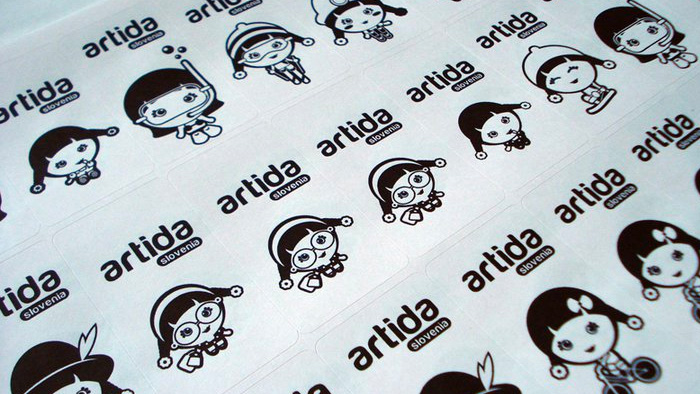 A few years ago, I put a lot of time and effort in my personal project called Artida.

My vision was to create a brand of cute versatile characters in all kids of cultures, colors and shapes and create interactive digital stories and experiences that would make them lovable to kids (and parents, of course). Consequently, parents would buy the products I am selling (t-shirts, bags, notebooks, accessories, coloring books ..) and voila – we’d have a next Hello Kitty story.

It actually took me a few years of learning and experimenting in the digital world to realise that I have to move on from this project.

The result of my effort (actually, the sales) were never high. And the brand didn’t evolve as I thought it would. And I didn’t even aim big, I created Artida because I believed in it and I liked making illustrations, creating physical products and wandering from Illustrator to Photoshop, InDesign, Flash, Dreamweaver and then WordPress and the printing company, the post office.. I liked the dynamics in my so called ‘branding’ project.

I believed in Artida so much that I drove to the main European licensing fair 320 miles away for 3 years in a row just to get the latest information from the licensing industry experts about branding and licensing.

I kept in touch with the most successful brand stories via social media and their websites, was subscribed to licensing magazines, learning about marketing, I was connecting with people and groups from the industry on LinkedIn and Twitter and applying all gained knowledge to Artida’s Facebook page and e-commerce website.

I even had a lecture about brands and illustration in primary school and a character put on a jumbo posters around the town for a notebook selling company.

When I realized how much time I’ve already put in developing this brand and that I’m stuck at the beginning of the project, I was contacted by a slovenian licensing agent whose company was already in the licensing business with some very cool brands. I decided to go for it and prepare materials for meeting presentations. I made a corporate branding booklet and a huge style guide for future product development. But unfortunatelly nothing big grew from our arrangement.

Then I had another agent from Poland. We’ve also signed a contract but other than designing some stuff for him, I got nothing from the deal. And started to realise that either I am doing something wrong, either something is missing in the puzzle or my idea just isn’t being executed well.

Slowly, my hopes for creating a successful kids’ brand were fading away. At the time the only thing I was left with was making t-shirts and giving away colouring books to my friends, who still, after 10 years, try to convince me that my product is great because kids still love to wear Artida t-shirts. But what I’ve learned is, that at some point, you just Have. To. Let. It. Go. Even if you were holding on to the idea for years.

So looking back now, I’m thinking about what I could do differently if I knew it before:

And I realize that even though the story didn’t end like I wanted to, I’ve learned quite a lot of things during this journey:

As you can see, the list keeps going. And for that, I am really grateful. So now I don’t look at this story as failure but rather a journey which got me to where I am now. I am very happy and grateful now for being able to put so much time in a personal project and gain so much knowledge.

They say the more you fail, the more you learn. Creating user interfaces for software and apps might not be as colourful and physically dynamic as shipping colouring books and t-shirts, but I’ve learned enough to start my second product design project, which I will share to you in part II.